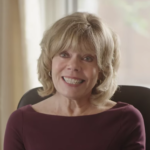 Ms. Peterson has served as President and CEO since the company’s inception. Her extensive franchise experience began as a nine-year franchise ownership in Merry Maids, a pioneering concept in the franchise industry founded by her brother Dallen Peterson in 1979. Ms. Peterson’s experience in senior care originated as a business consultant for ServiceMaster in 1996. It became evident to ServiceMaster that their ideal focus remained within the cleaning industry, which allowed Ms. Peterson to become sole owner of the ServiceMaster senior care division. For eleven years, she successfully operated the non-medical in home care company “Caring Companions” in St. Paul, Minnesota.

In January 2007, Renae franchised her senior care business model under the name of “Touching Hearts at Home.” Ms. Peterson encompasses the spirit of entrepreneurial success with a compassionate heart for serving others. She believes the care Touching Hearts at Home provides individuals and families is the physical, emotional, and spiritual support everyone deserves. Her own mother was an early client. Today Touching Hearts at Home ranks among the top 500 franchises in the United States and is now serving older adults and their families throughout America.

Education is fundamental in Ms. Peterson’s business model for Touching Hearts at Home. Her BS degree from St. Cloud University of Minnesota was in education, so it is a natural fit that she believes in teaching the next generation her successful business practices as a mentor and leader to franchisees nationwide.

For Touching Hearts, family and relationships will continue to be at the core of franchise development and decision making in a way that benefits all Touching Hearts at Home owners. 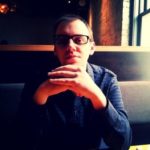 Andrew Lungstrom brings to Touching Hearts, Inc. a degree in IT from Dunwoody College of Technology in Minneapolis, Minnesota. Andrew has played an integral role in the formation and development of the organization since August 2006. As Director of Information Technology, he is responsible for most technological aspects of the Touching Hearts’ system.

Among his contributions are the development of and assistance with franchise agreements, documents and training materials, initial marketing deliverables, brand design, and web related content. In addition to the public website, he also maintains the system-wide internal website used to house the files, forms, and documentation associated with operating and marketing the business, as well as internal communications. As a new franchise owner, you will meet Andrew in your initial training as he introduces you to the state-of-the-art information technology developed for Touching Hearts at Home. Andrew will continue to work with you as he develops the website for your Touching Hearts at Home location. 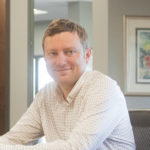 Ryan Lungstrom has a BS in Marketing from the University of Minnesota. Ryan has been an integral resource in nearly every aspect of the company’s development, including involvement with the creation of the initial and ongoing marketing materials and brand design. He assists franchisees with their marketing needs and facilitating marketing materials. His role as a franchise owner support liaison has been a key component in the success of the franchise system. As a new franchise owner, you will meet Ryan in your initial training as he introduces you to the Touching Hearts at Home brand and marketing materials. Ryan will continue to work with you as you develop your territory from a marketing standpoint. 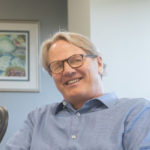 Scott Kummel will be the first person you speak with regarding the Touching Hearts at Home franchise opportunity. Scott has a BA from the University of Minnesota, and 23 years of success in commercial real estate in Minneapolis. As a senior vice-president and shareholder of one of the largest commercial real estate companies in the country, Scott represented brand name national developers and number of Fortune 500 companies. Scott will assist new franchisees with the set-up and launch of their new Touching Hearts at Home business. Mr. Kummel’s franchise experience is available and instrumental in answering your questions and understanding the benefits of the Touching Hearts at Home business model. 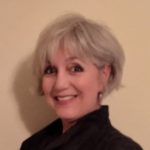 Ms. Hunt will be instrumental in your post training support following your initial Touching Hearts at Home training. Ramona has an MS in Negotiation and Dispute Resolution from Creighton University in Omaha, Nebraska. She is also certified in Adlerian coaching from Adler Graduate School in Minneapolis, Minnesota. Her business background brings franchise experience to Touching Hearts at Homeowners, including earlier years in franchise operation training and development for Godfather’s, Inc. Ms. Hunt provides continued support to new franchisees with Touching Heart’s proven business model, which is the foundation for your entrepreneurial success.

Ready to join the Touching Hearts at Home franchise family and meet our executive team? Fill out our inquiry form and one of our team members will be in touch!