Touching Hearts at Home franchise’s record-breaking year of growth in 2016 is not necessarily exceptional. The company has had growth increases most every month since its beginning, but total company revenues for 2016 were up almost 17% over the previous year. 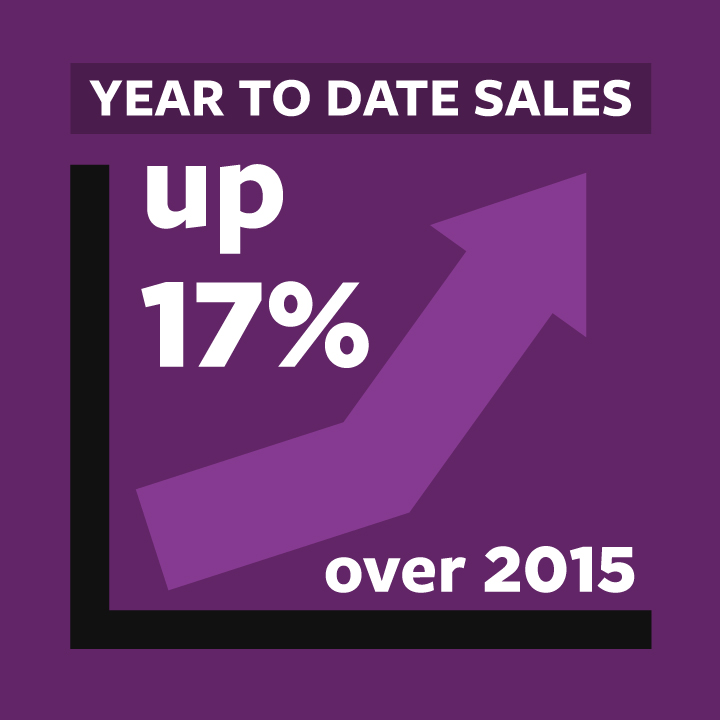 The first month of 2017 sets a trajectory of positive momentum for Touching Hearts as we go into the new year with a focus on expansion to new territories in the U.S. Our revenues in January were up 6% over December.

“We’re really excited to have begun the year with such a strong start,” Renae Peterson, CEO and founder of Touching Hearts at Home, said. “We anticipate 2017 to follow suit, as we are focused on partnering with new franchise owners this year. We have wide open territories nationwide. There’s never been a better time to become a Touching Hearts at Home franchisee.”

Our strongest quarter last year was the third. We posted growth of almost 8% over the second quarter, which was up 3.4% over the first! The fourth quarter grew 5.3% over the third. In the month of January, our revenues were up 6% over December 2016.

“Since our inception, we have seen overall increased revenues and positive growth,” Renae says. “But these latest figures are significant to us, breaking previous records and representing months of hard work and focus. Touching Hearts is healthy and thriving, and the numbers help tell that story.”

These latest revenue figures come amid industry-wide recognition for Touching Hearts. In January (for the second consecutive year), we were named to the prestigious Entrepreneur magazine’s 500 list, which is the U.S. media’s top franchise ranking system. Nearly 1,000 brands registered for ranking on the 38th annual list for 2017. We also received placement on two lists from Franchise Gator, an online franchise directory: Fastest Growing Franchises and Top Emerging Franchises for 2017. Fastest Growing franchises are those experiencing rapid expansion heading into the new year. Top emerging franchises are rising concepts with 60 or fewer units.

Learn more about bringing Touching Hearts at Home to your community

Touching Hearts at Home is an in-home senior care franchise helping seniors remain in the comfort of home. Founded in 1996, we’re a highly experienced franchise support team. A Touching Hearts franchise is easier to run than other home care businesses. We provide non-medical support, meaning our franchisees need no previous medical training. The market for non-medical, in-home senior care is expected to continue to grow, as the baby boomer generation continues to age and wants to remain in their homes. The number of seniors forecast for 2030 is estimated to grow to about 72 million.

There’s never been a better time to join Touching Hearts at Home. We are a best-bet investment for people passionate about senior care and want to own their own business.

To learn more about the Touching Hearts at Home story, the growing senior care industry or the initial investment required to begin a Touching Hearts franchise, visit the research pages on our website. You may also request franchise information, and a member of our team will be in touch with you soon.